“We want to call on all the brotherhoods and all the rocieros to leave in the history of El Rocío a gift in keeping with the event.”

CROWN OF THE VIRGIN OF THE CENTENARY OF THE CORONATION

Donated to the Virgin as an offering of the entire Rociera Family.

CROWN OF THE CHILD OF THE CENTENARY OF THE CORONATION

Donated to the Child as an offering from the Hermandad Matriz.

The event was none other than the centenary of the Canonical Coronation of the Virgen del Rocío, and the appointment is from the proposal launched by the Brotherhood of El Rocío de Valverde del Camino in the General Assembly of Presidents and Elder Brothers and Sisters of the Brotherhoods of El Rocío of 2017, as a call to all the Rociera Family (Brotherhoods Affiliates, not Affiliates and Associations Rocieras), to make a joint gift to the Queen of the Marshes. Hence it is also known as “Crown of the Brotherhoods”, or as it was called from the beginning: “Crown of Love”.

The Virgin’s crown, made entirely of 22 carat gold donated by the Virgin’s devotees, was designed and made in the same goldsmith’s workshop, that of the Delgado López brothers -José, Ángel and Francisco Javier-, from Seville. Volumetrically it adheres to the design of the crown of the Canonical Coronation, so as not to alter the rooted silhouette of the Patroness of Almonte. A basket decorated with veneras, and in these, natural pearls, closes with six powerful imperials with scenes of the life of the Virgin in small reliefs, converging in an orb on which the terrestrial geography is drawn. Around it, a radiance with twelve stars between flaming and smooth rays, and the faces of the twelve apostles. It is topped by a cross formed by three bouquets of lilies, a flower symbolizing purity, and in the center, a ruby, symbolizing, by its color, the fire of Pentecost and the liturgical color of this solemnity.

The crown for the Child was donated entirely by the Hermandad Matriz. Made by the same authors as that of the Virgin, it is also made with 22 carat gold, and keeps the same lines as that of his Mother. At the base of the wreath we read “Ego sum pastor animam suat dat pro ovibus”, i.e. “I am the shepherd who gives his life for his sheep”, and right in the center of the basket, the trigram JHS, for Jesus Man Savior, with small rubies set. At the back, a pelican feeding its young, symbol of the Eucharist. On the basket there are lion heads, as in the processional step of the Virgin, and on these, pairs of flamingos backed. From the basket, there are six imperial pieces with as many small reliefs, where the day and night, the sky and the sea, the plants, the moon, the sun and the stars, the birds and the fish, the animals and the human being are depicted. The imperials hold an orb with equator and semimeridian studded with brilliants, and topped by a cross with rubies. 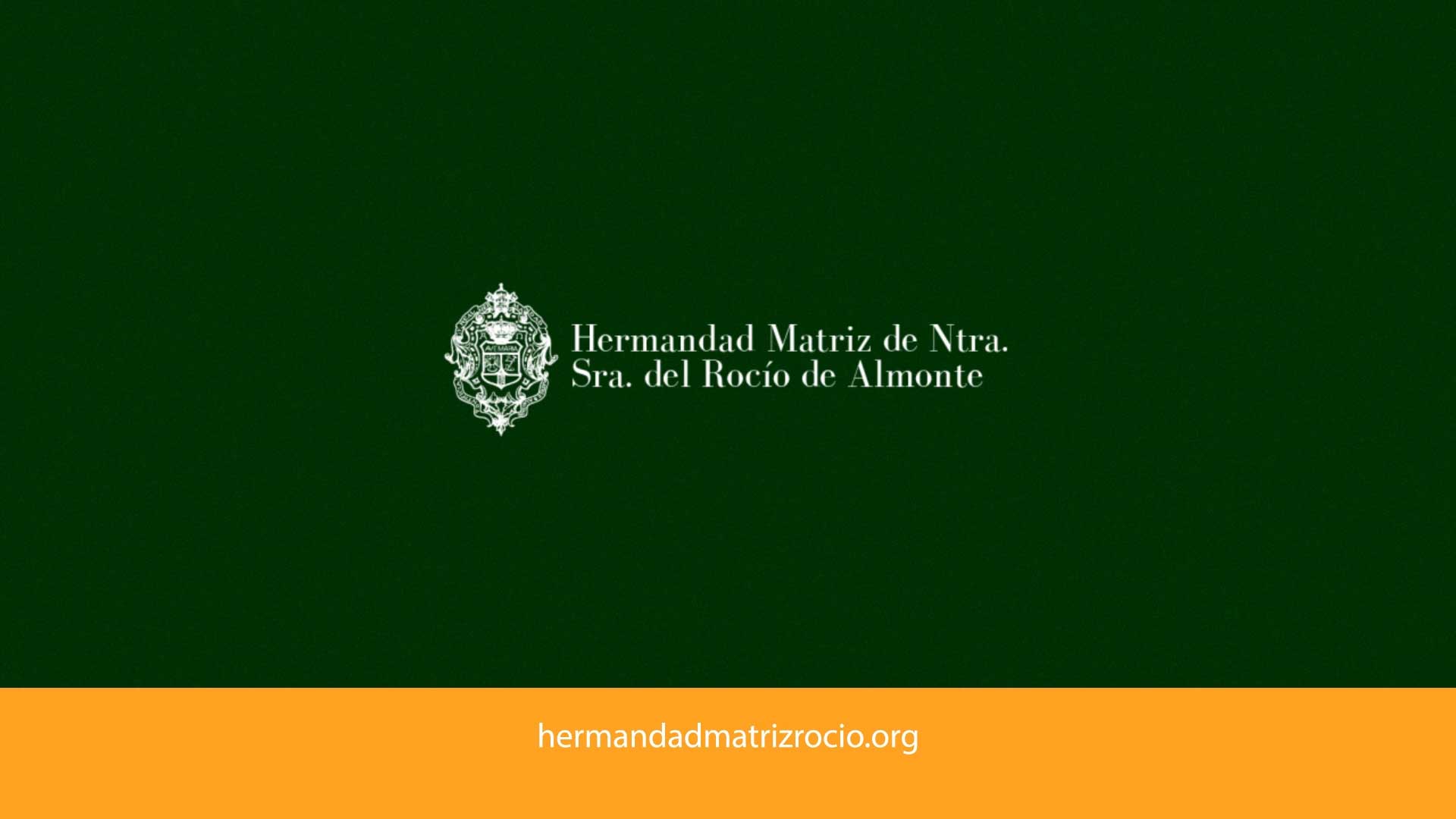 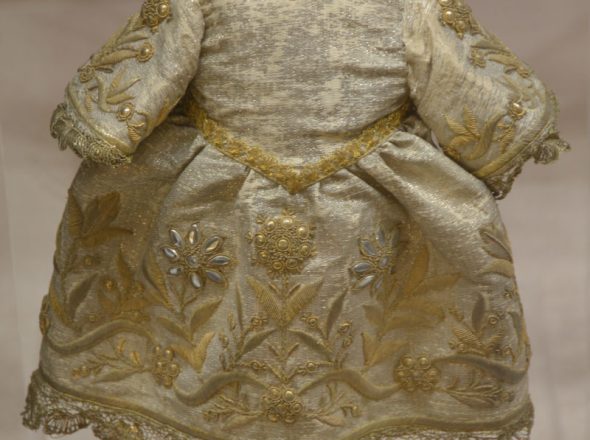 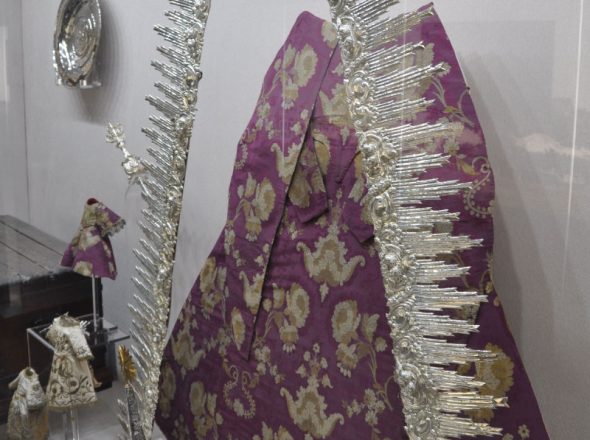 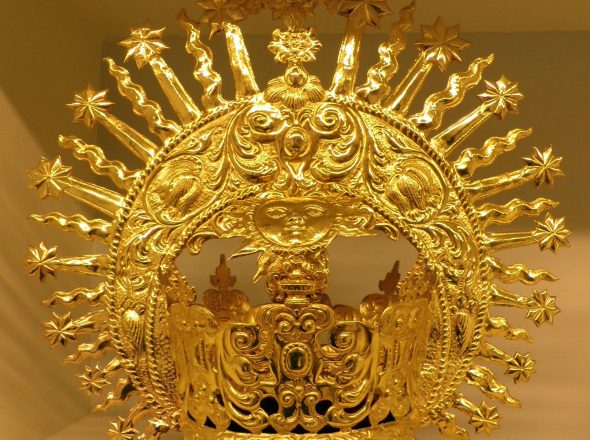 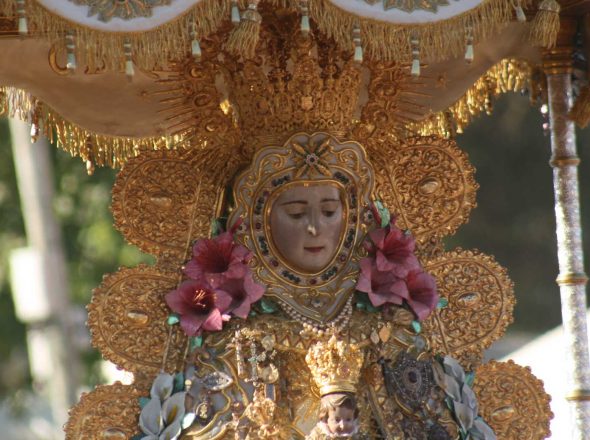 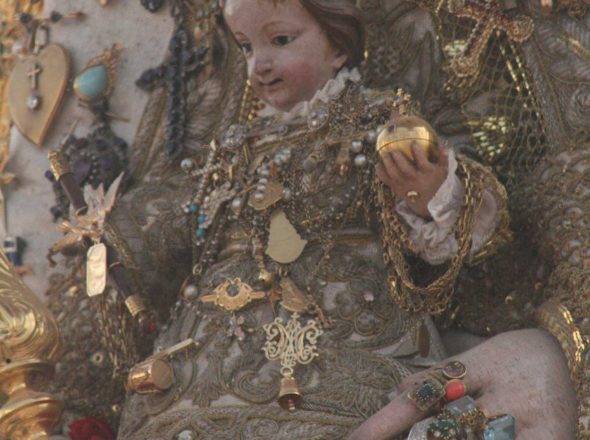 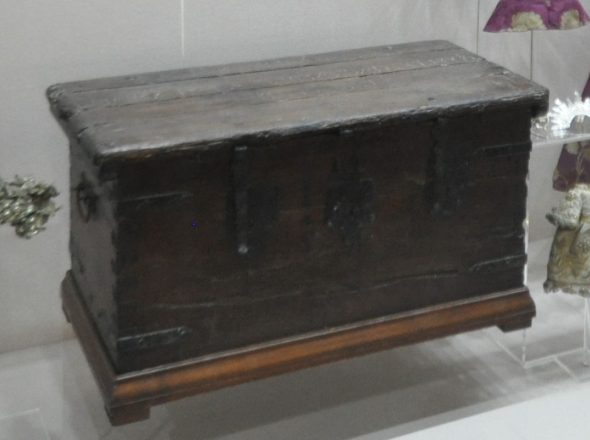 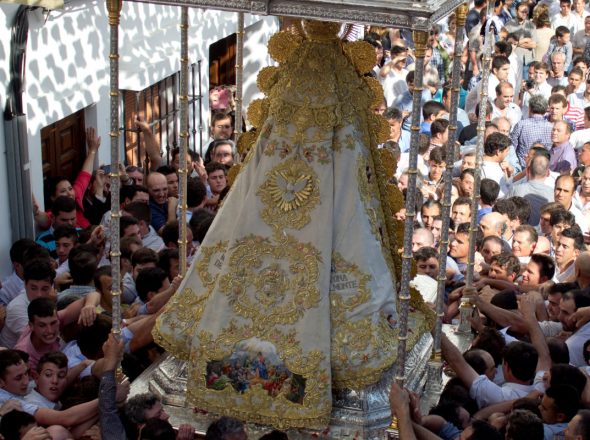 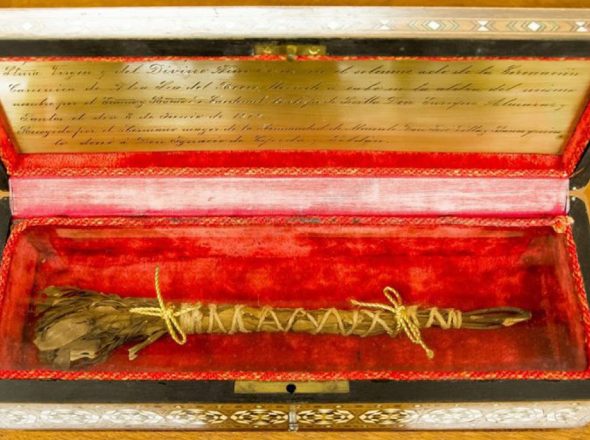 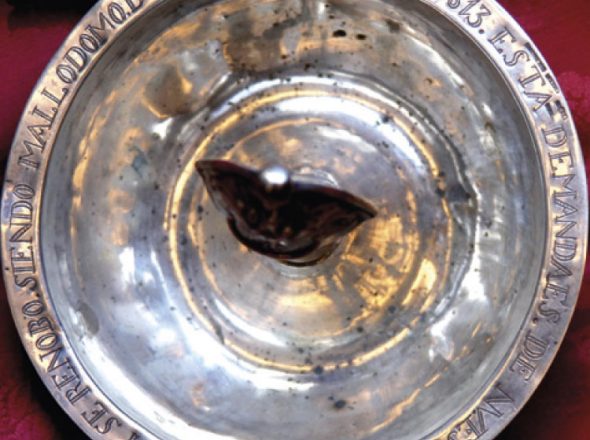 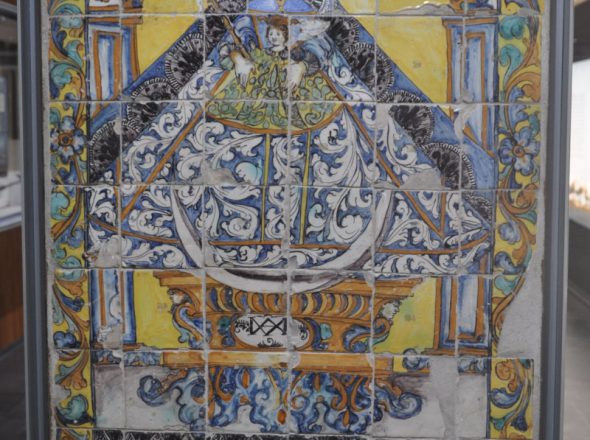