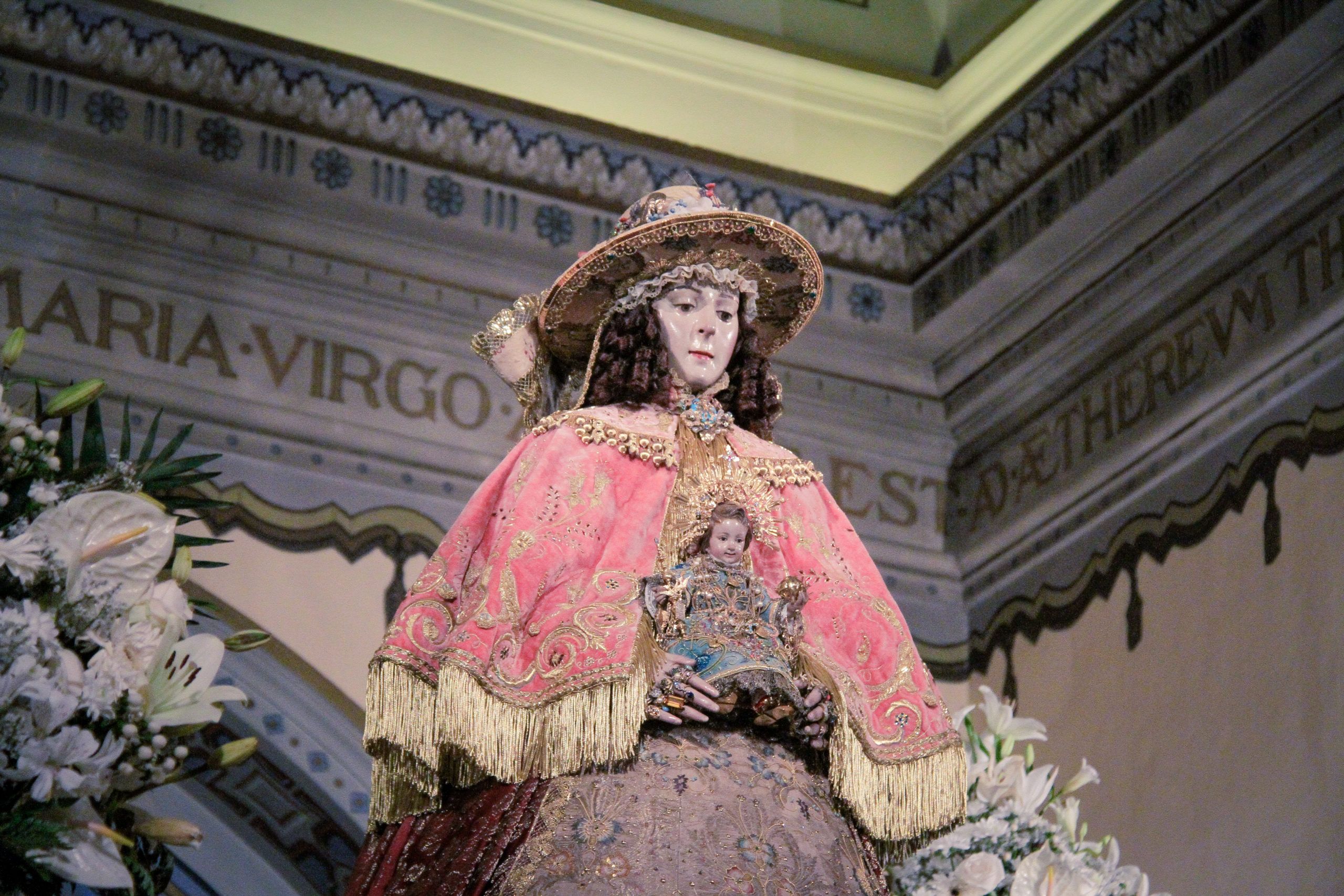 The pandemic has prolonged the stay of the Virgen del Rocío in Almonte up to 33 months, since her arrival at the Parish of Our Lady of El Rocío. Sra. de la Asunción in August 2019. This morning has dawned dressed in her Pastora finery, before her imminent return to the village next Sunday.

The costume is the one he wore on his arrival in Almonte. The skirt is made from an ancient mantle, dating from the eighteenth century, whose silk brocade is enriched with natural semiprecious stones, beads and gold sequins. The most unique feature of the slave, where she wears a brooch at the neck, is the use of the powder pink tone. 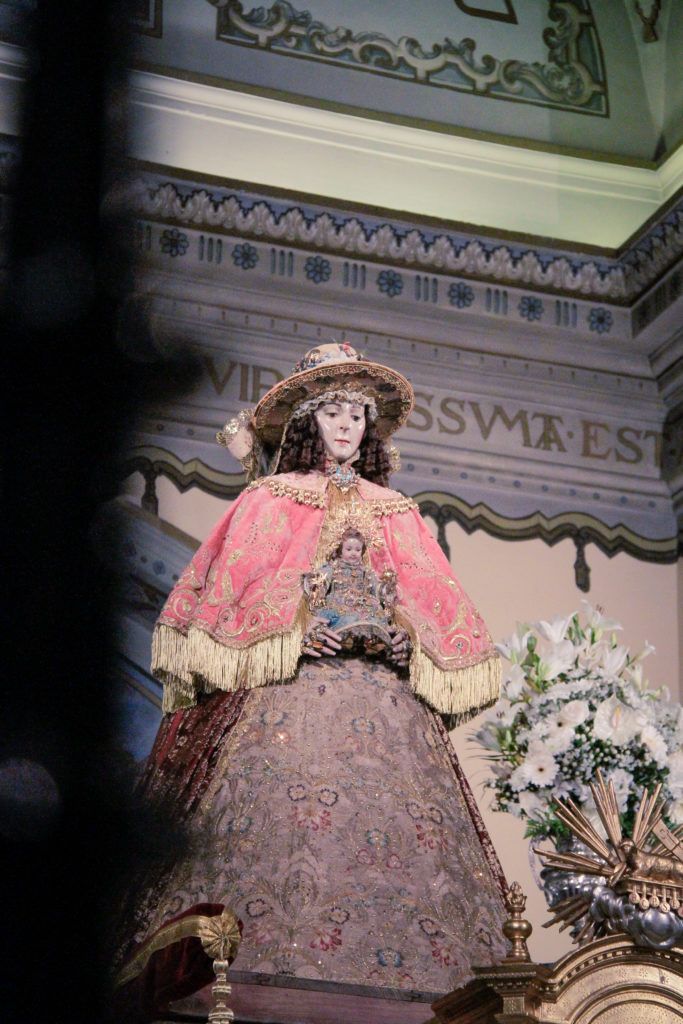 The fabric of the mantle was made specifically for the Virgen del Rocío, whose silk is dyed in one of the shades of the sackcloth by a master dyer in Milan. The complete set was donated by children of Almonte and made under the direction of José Manuel Vega Morales.

The Little Shepherd is dressed as a King, reminiscent of olden times, with a costume made of 18th century brocade, enriched with gold, silk, natural stones, talcum powder and gold embroidered pieces. Gift of the Neighborhood Association of El Rocío in 2020.

The hat has a high crown, handmade in natural Panama. The flowers and leaves are made of cut metal, enriched with air and cabochon rhinestones such as olivine, blue topaz, aquamarine, cut rock crystal and French rose. All accompanied by the typical dried flowers, spikes and sprigs of lavender.

The brim of the hat is made of 18th century brocade, embroidered in the slave style, with olivine inlaid with gold cabochons. The bows are made with the same brocade and the reverse is an early 19th century silk velvet in leaf green. Both are topped with handmade gold leaf lace.

The goldsmith part has been made by José María Carrasco Sala and the wing, in the workshops of Mamé de la Vega, by Mari Toñi Contreras Montenegro and Chari Vega Cabrera. The hat was donated by Eva María Rodríguez Mariano, Juan Carlos Garrido Infante, José Manuel Mondaca Naranjo and Olga Merino Raposo.

At dawn of next Sunday, the Virgin will be covered with the dust cover by the camaristas sisters, in the Alto del Molinillo del Chaparral, to undertake its transfer to the village by the road of Los Llanos on the shoulders of the people of Almonte. At sunset you will arrive at El Rocío, where the Pilgrimage of El Rocío will begin the following week.