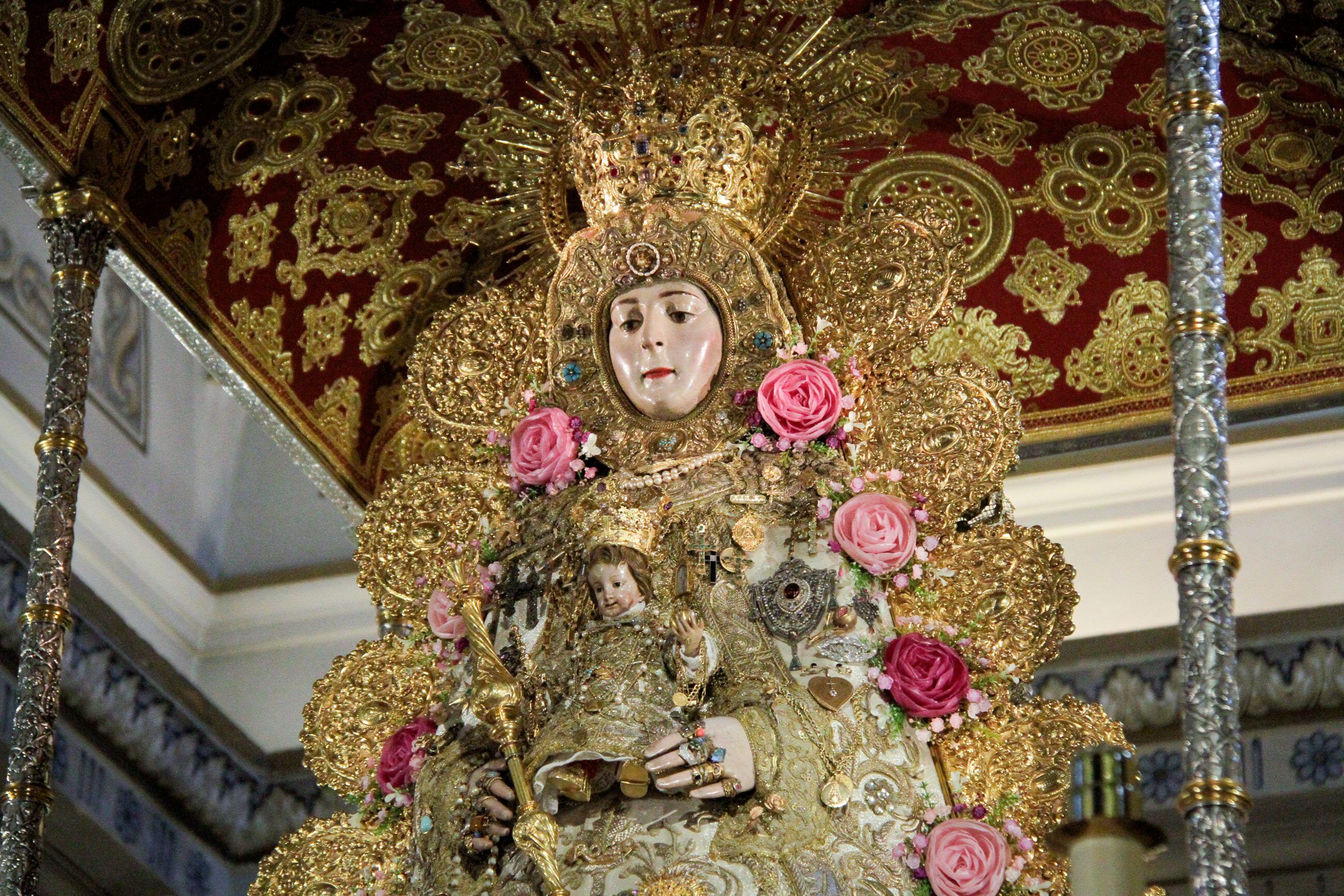 Everything is ready so that, from tomorrow, it begins in the Parish of Ntra. Sra. de la Asunción the Novena preparatory to Pentecost. The Virgin of El Rocío has dawned enthroned her new processional platform, blessed last Saturday by the Bishop of Huelva, Santiago Gómez Sierra.

The waitress sisters have dressed her in the costume of the Brotherhoods, also known as “of the Apostles”, restored last year at the Andalusian Institute of Historical Heritage, with the patronage of the Vela Vela family. Made in the Santa Isabel workshop in Seville between 1950 and 1961, it was designed by Joaquín Castilla Romero. The trousseau is composed of the mantle, the Virgin’s dress, a gift from the Viscount of La Palma, together with the surmount and the Child’s dress. 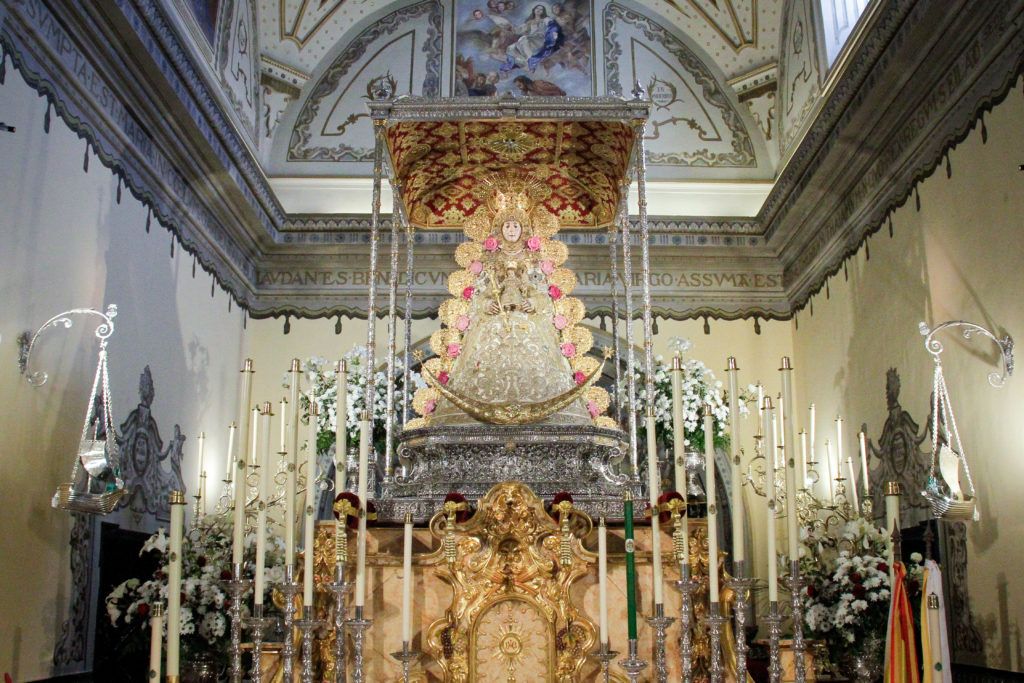 Both wear the 1919 crowns of their canonical coronation. The bursts are the hammer point ones, in gilded silver, 1949. The rostrillo of the Virgin is that of Muñoz y Pabón, also premiered in the Pilgrimage of 1919. And the Pastorcito is wearing for the first time the brooch that the Heraldo Real de Almonte gave him last Christmas.

The flowers that the Virgin wears are wax roses, in various shades, which she has only worn before in 1949.

The Novena to be held every evening, from 21 hours, will end next Saturday 21, with the Main Function, presided over by the Bishop of Huelva and with the prayer of the Holy Rosary for the route that the Patroness of Almonte will make the next day, Sunday 22, to say goodbye to his people, in what will be the first departure of the Virgen del Rocío, since August 2019.

The new pilgrimage platform of the Virgin of El Rocío is already in Almonte.